Job circular of Bangladesh police has been published in daily newspapers, advertisement is telecasting on various television, printing media’s and porashuna.net web portal. Now a day getting a police job is become harder day by day because of tough competition. Bangladesh police offer Four types of recruitment. One is Constable, Sergeant, Sub-inspector, and Assistant superintendent post. Constable post is recruited by district level, Sargent or SI is recruited by head quarter, ASP is recruited through Bangladesh civil service examination. Now the vacancy is Sub inspector post.  So why late? Apply Today!!

Position vacancy is 150 around the country. Head quarter of Bangladesh police is located at Minto road Ramna, Dhaka.You can also apply for Bangladesh Army Job. 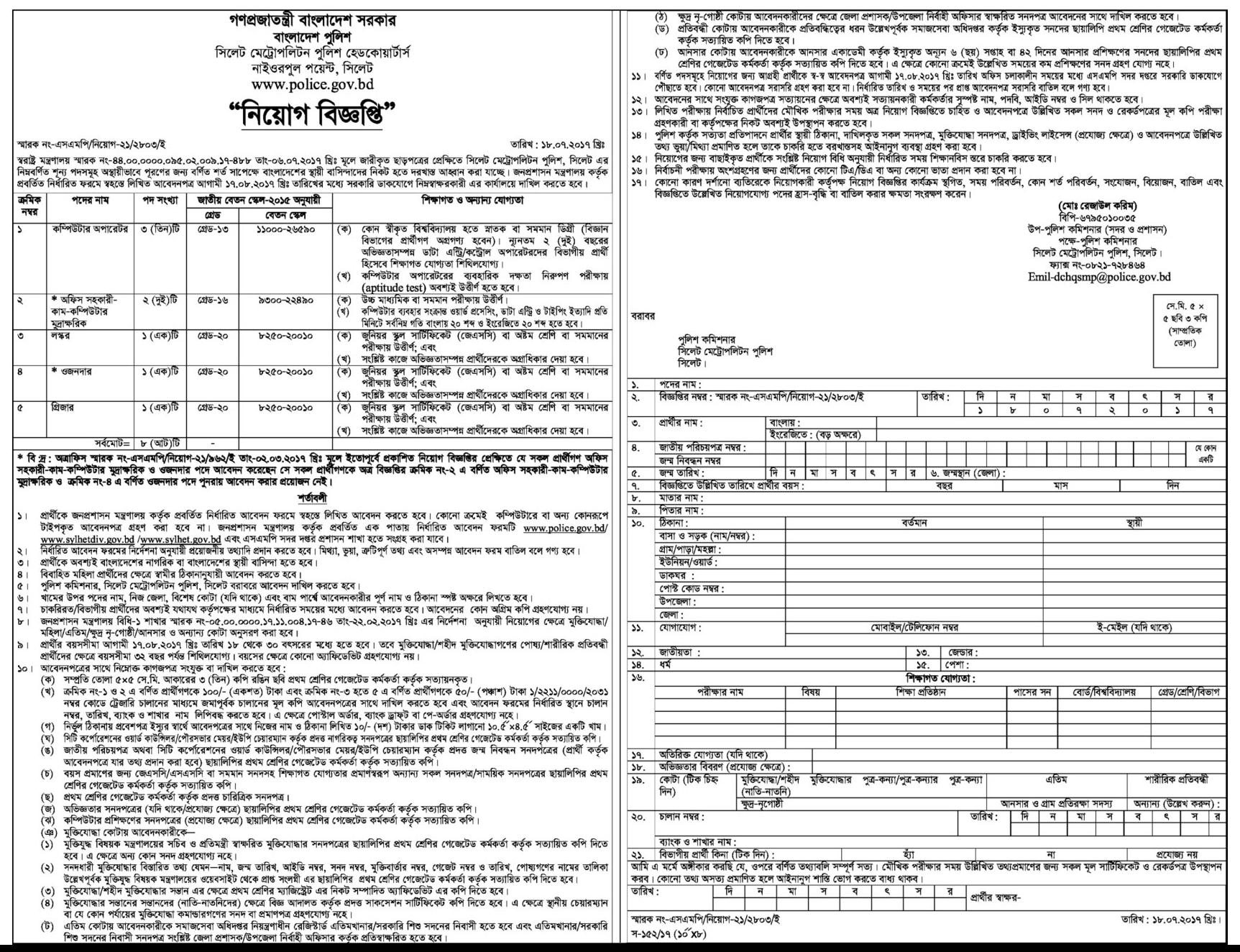 My name Nazmul Hasan, and in online, I am known as Nazmul, At my very early age, I have engaged myself in online activities.Sharing thoughts and content is my favorite thing in online. I need people justify my thoughts and give me feedback. I think public opinion helps me to enrich my doctrines and observation.You can follow me on Facebook, Twitter, Google+ & LinkedIn.